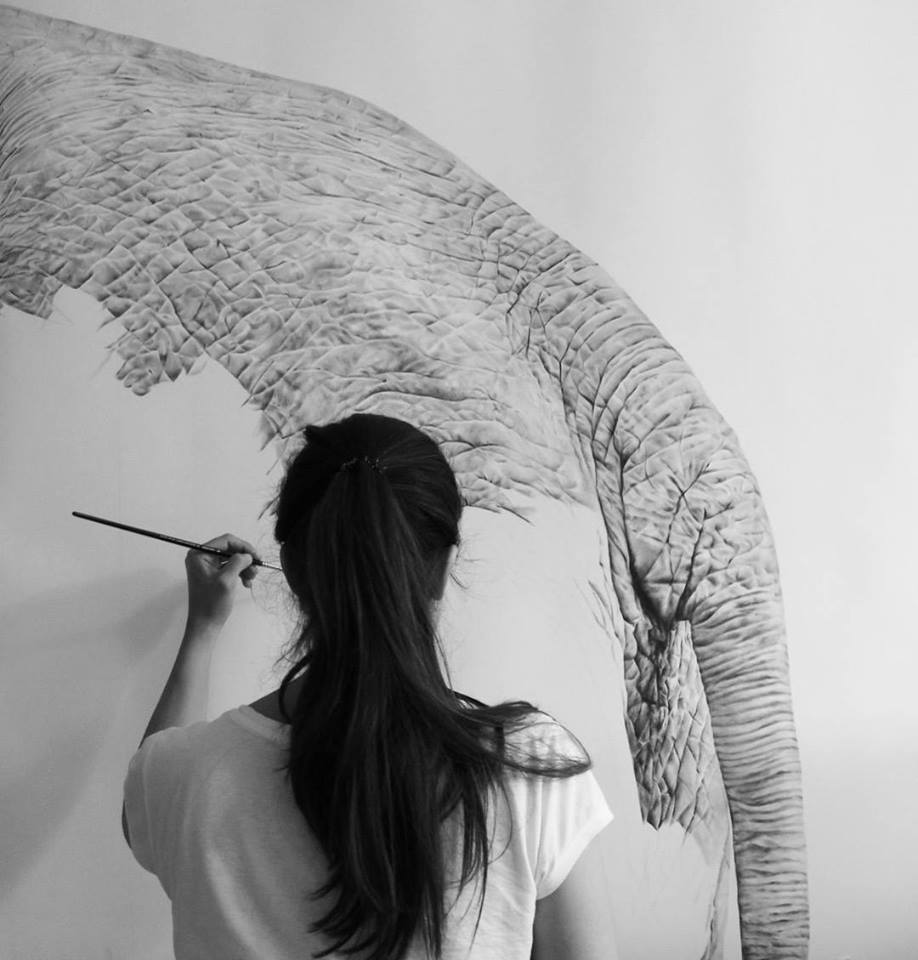 Underdogs Art Store is hosting Teresa Esgaio Solo Show called “Elephants VS Rhinoceros”. The exhibition started in June 6th 2017 and will be available until the 6th of September 2017.

” On 3 June 1515, King Manuel I arranged a public fight in Lisbon between one of the elephants in his collection of exotic animals and a rhinoceros that had just arrived from India. Regarded as a mythical beast like the unicorn, the rhinoceros’ presence in Lisbon, then the thriving capital of a maritime empire in full expansionist glory, caused a huge sensation. Despite the expectations, the elephant, intimidated by the rhinoceros’ fierceness and the noisy crowd, turned his back and fled. Notwithstanding the fiasco, the legend endures to this day.
The rhinoceros, which died shortly after in a shipwreck on its way to Rome, would be immortalised by Albrecht Dürer in an iconic woodcut. The elephant, in contrast, was not given the same prominence.

It is precisely this encounter – which was as unusual as it was exotic, as poetic as it was tragic – that Teresa Esgaio has challenged herself to reproduce at Underdogs Art Store in a work in progress. Portraying the two animals in life-size, this detailed and delicate realistic work will take shape on this wall, section by section, over the next three months.

Teresa Esgaio’s work in progress and exhibition are being developed in the scope of the Underdogs Artist Residency Programme.”